Following from my previous post (in Khmer only however) on what kind of Cambodian politics is that one of my argument was that Cambodian politicians prefer to attack on each other personality rather than on political polices that would bring more benefit to citizen, this 5th mandate election which Cambodia is to vote on 28 July 2013 has brought something new that they deserve some applaud and hopefully this momentum will continue.

I am impressed with some of the right track that Cambodian politicians starts to play now: 1) the government [Apsara authority] has now responded to the opposition by releasing its Angkor Wat revenue data with detail explanation when opposition had said the reported revenue was underestimated 2) the Ministry of Education has reportedly released the table of teachers’ salary to response to opposition party’s claim that teachers’ salary was low and the later party would improve teachers’ salary if they got elected.

I applaud this policy discussion and transparency. It become the interest of citizens when politicians are debating on policies, not personal attack.

In the mid of election campaign in Cambodia, the country whose its fifth mandate National Election will be held in this coming July 28th 2013, a group of civil society organizations has jointly organized a National Political Platform Debate on “Special Measures to Solve Women’s and Children’s issues in Cambodia. This platform was aimed at providing political parties the opportunity to present and discuss their parties’ political platform in order to address the women’s and children’s issues as well as to provide the citizens with the floor to access to information so that they can be well-informed for their vote decision. The alert announcement of the event is available here. 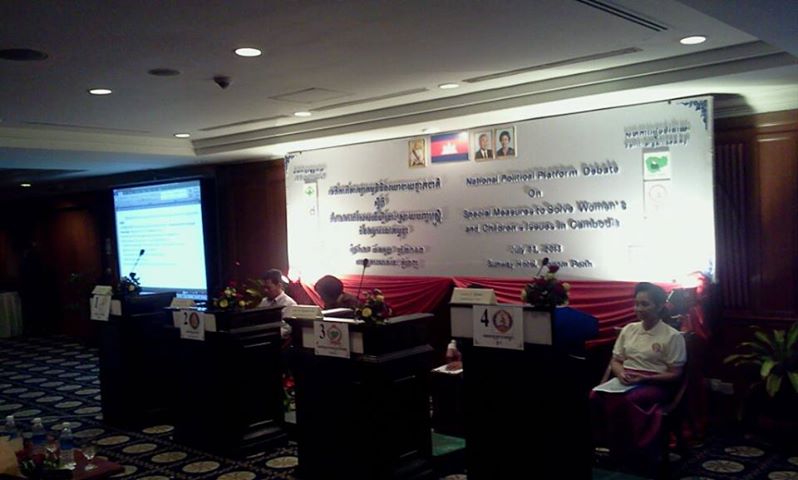 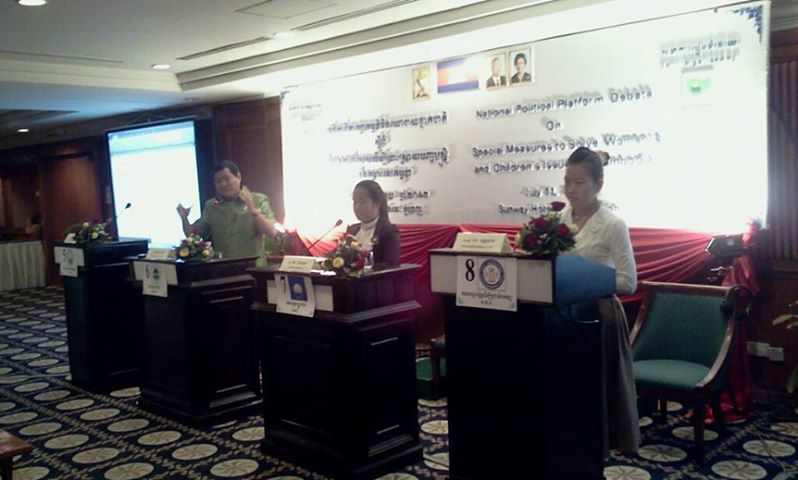 The following is the note of each political standpoints in order respectively that I have lived update on social media. However this does not mean conclusive of all the speeches or policies/actions by all parties as the format of the speech was set within time limitation and this only captured the key point that I (the author) could catch.

After the penal discussion, the floor was opened for participants which were roughly 250 persons from different background and also from provinces. 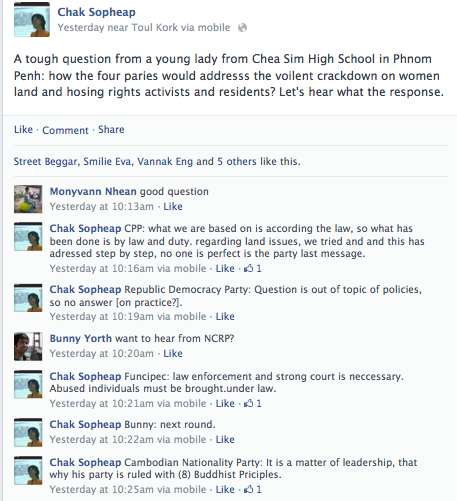 Notably, what was remarkable about this event organization is the fact that the ruling party (the Cambodian People Party “CPP”) representative was also attending which could be considered as the rare occasion in Cambodian civil society group’s history while they often rejected or would not attend events organized by advocacy or human rights non-governmental organization. [it should be noted that the Prime Minister in late 2012 used to declare that CPP did not participate in a seminar, despite their having been invited by “an organization“, because they were too busy to meet the people. The Prime Minister added that while CPP representatives don’t have enough time to attend a seminar in a restaurant or a hotel, however, he observed, they have the time to have discussions directly with the people.”]

In spite of this, open dialogue with pubic and engagement with civil society organizations should be one of key value in a democratic society, therefore, I believe with hope the next ruling government would maintain a value of open and participatory approach, yet focusing on clear policy and real implementation, so that we can work together for a betterment of this nation.