It was a very relaxing and fresh morning in Sihanoukville. I was driving down a road that ran alongside a peaceful beach with my husband. Suddenly, the phone rang, and I picked it up. It was my colleague, which worried me because I knew she would never call me on a Sunday, especially knowing I was on leave for my 5-year wedding anniversary. Her voice was terrified as she quickly said: Mr. Kem Ley was killed. She continued that he was killed at Starmart, near our office. I was not sure how to respond; I asked her if she was sure, holding on to the possibility that she could be wrong and the information she had was fake. I asked her to have our colleagues check the facts immediately.

I then checked Facebook; whenever there is big news, you can be sure Cambodians will share and post about it on Facebook. My heart went numb as I saw all the posts about his killing – the scene where he was shot, and the crowd where people eagerly gathered to see what had happened. I was speechless. I felt like my heart was breaking into pieces. I could not believe what my colleague had told me, and what Facebook was now telling me, with the screen full of posts about Kem Ley — the man who used to serve as our board member, and who never turned his back on us if we needed his advice, even after leaving our board.

In that moment of silence, many questions came to my mind. How would his wife and children, who I met and interacted with, handle the news? How would we, civil society advocates and the public, feel after his killing? This was a shocking moment for many of us who believed that Cambodia was moving away from politically-motivated killings and violence, and that our main concern now was legal and judicial harassment of human rights defenders.

Between 2012 to 2014, Kem Ley was a board member at CCHR. After that, he moved on to continue his social work in the provinces, he often returned as a guest on our radio show. Nobody could speak to the hearts of the people quite like him. He was unique.

Kem Ley is most commonly described as a political analyst. Though accurate, this description feels insufficient to capture the work he did, the people he engaged, the bravery he showed, and the message he sent to Cambodians everywhere. Kem Ley was unshaking in his commitment to the truth. He did not let fear or bias sway him, and criticized both the main parties at time, when he felt it was merited. In the days leading up to his death, it is said that Kem Ley knew his life was in danger, yet still he spoke out against the corruption and injustice that was continuing to impact the lives of ordinary Cambodians.

Kem Ley made social and political issues something that everybody could be part of, a space in which no voice was devalued. He was a true democrat, and he believed that any political party – ruling or opposition – only had value and legitimacy if it listened to the ordinary people, connected with them, and amplified their voices.

But Kem Ley had no desire to become a political leader. He wanted to learn as much as to teach, and he soon returned to his work with the communities in whose hands he saw the future of Cambodia. His final project – the ‘100 Nights Campaign’ – was an extensive exploration into the deep-rooted challenges faced by Cambodian society. He toured the country, staying with rural communities and hearing their stories of vulnerability, displacement and the destruction of their livelihoods as a result of economic land concessions granted to corporations. He only reached ‘Night 19’.

Kem Ley also poured much of his time and energy into working with young people. In 2015, he founded the Young Analysts Group (YAG) – a group of students and young intellectuals who he trained in basic research, journalism and analytical skills. Through inspiring young people, Kem Ley hoped to reinvigorate the country’s social consciousness, and see the next generation lead the way in demanding good governance, equality and social justice. Though Kem Ley’s young mentees were shaken by his death, this has not stopped them. Even beyond the grave, Kem Ley continues to inspire.

Aside from his legacy in the public sphere, Kem Ley also left behind a family. His wife, Bou Rachna, and five sons, one of whom was born four months after his death, fled Cambodia a month after his murder. After a difficult period living in Bangkok, they were finally granted asylum by the Australian authorities. Two years after Kem Ley’s murder, they are still waiting for true justice.

On the second anniversary of his death, I remember Kem Ley, and the values he stood for. He was loved because he always told the truth, and in his memory, we long for the same. Rest in peace, rest in power. 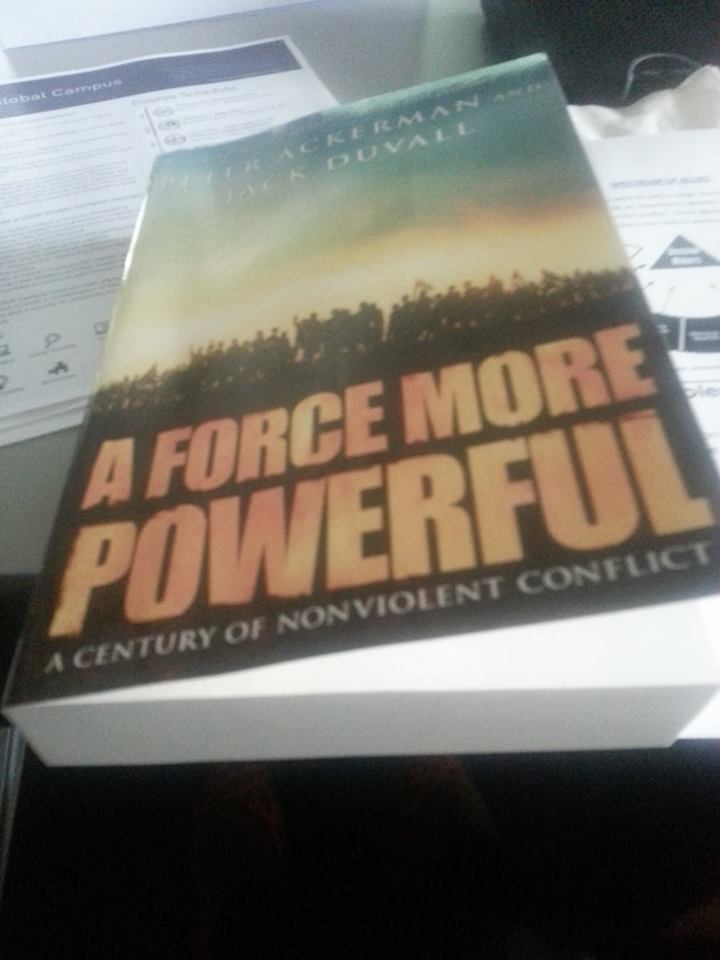 Mam Sonando (centre), the owner of the independent Beehive radio station and a prominent government critic, and other activists run as military police officers disperse a demonstration in Phnom Penh in January. AFP

The end of the boycott of the National Assembly by the Cambodia National Rescue Party is a welcome development. The fact that both parties were able to finally come to the table and settle their disagreements should be welcomed. However, we cannot become complacent just because Cambodia’s political crisis has been signed away with a promise of reform of the National Election Commission.

Electoral reform is important in any country where election irregularities have been noted, and it is crucial to Cambodia’s democratic development – no one can deny that. But electoral reform alone will not solve Cambodia’s other crisis: the human rights crisis.

Over the past year, the human rights situation has continued to deteriorate, with people’s fundamental rights and freedoms being slowly stripped away. We must ensure that we keep this at the forefront and that we push both political parties to work towards greater protection of human rights.

So as we welcome the end of the political deadlock, we cannot forget that there still has been no satisfactory investigation into why so many people were killed and injured by security forces during protests and why victims of police violence are being denied their right to justice.

We cannot forget that journalists continue to be targeted for reporting on controversial stories on a daily basis; that defamation suits are repeatedly used to silence those who dare to speak out; and that online freedom is increasingly at risk.

We cannot forget that across Cambodia, women, the LGBT community and minorities are discriminated against in their communities and by the authorities; that the shockingly high rate of violence against women continues to keep them from reaching their potential.

We cannot forget that Cambodia’s judiciary continues to bend to the Cambodian People’s Party’s political interests, which may be exacerbated by the three recently passed laws on judicial reform; that all too often, courts of law are used to protect the wealthy and powerful, and all too rarely to render justice.

We cannot forget that garment factory workers are still not earning enough to be able to live in dignity; that employers continue to take advantage of poorly worded labour and union laws and of weak enforcement mechanisms to maintain deplorable working conditions and violate union rights.

We cannot forget that thousands of Cambodians have been evicted from their land to make way for commercial and development projects that they will most likely not benefit from; that those who have been evicted are still waiting for real compensation and solutions.

Forgetting that this human rights crisis is very much alive and well will only enable those who benefit from it to continue violating human rights with impunity. It will continue to hold Cambodia’s development back, as the majority of the population continues to see little or even no improvements in their living conditions or in their ability to benefit from Cambodia’s economic growth.

None of this means that we should forget electoral reform. But we should remember that electoral reform is not just about replacing the NEC’s members – it’s also about reforming the way that political parties campaign, so that elections become about policies as opposed to rhetoric. It’s also about eradicating corruption to ensure that voter lists cannot be altered to suit political interests and that legitimate voters are not turned away at the polls.

As we reflect on the political deal that has just been made, we must remember that there is still so much to be done to ensure that Cambodia becomes a place where the protection of human rights becomes a reality and not just a dream, and that democracy finally takes hold. We must pressure both political parties to work together towards ending this human rights crisis. We must ensure that they work with civil society to ensure that new laws, new policies and new institutions are designed to safeguard human rights and not to erode them further. Only when our legal framework is strengthened and the rule of law made a national priority will we see an improvement.